Passionate Pursuit of Justice. Your Loss Becomes Our Cause. Contact Us Now For a Free Consultation
Home
Firm News & Events
Blog
Study Confirms New Teen Drivers are at Increased Risk of Crashes 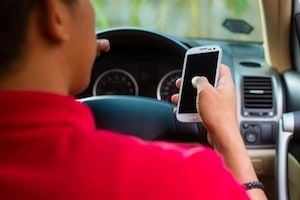 If you're the parent of a teen driver, especially one who has recently earned a driver's license, you are a "worry expert." And a new study validates those fears.

Research led by the National Institutes of Health (NIH), part of the U.S. Department of Health and Human Services, reveals that teen drivers are 8 times more likely to be involved in a car crash - or in a near crash - in the 3 months after getting their licenses, as compared to the first 3 months of getting a learner's permit.

The study also found that teenage drivers are 4 times more likely to use certain unsafe driving actions in the first few months after receiving a driver's license. These risky behaviors include sudden braking, hard turns and rapid acceleration.

Interestingly, the study also found that teen drivers were more likely to engage in risky driving on dry roads or during daytime hours, as opposed to driving at night or in bad weather.

The findings conclude that new teenage drivers employ risky driving actions when they begin to drive independently, rather than while they are still driving with a permit and accompanied by an adult driver. Another conclusion is that males have a higher risky driving rate once they get their licenses compared to females.

One possible solution, as explained by study authors, may be to incorporate a more gradual decrease in adult supervision during the first few months of solo driving.

Investigating troopers believe that a lack of driving experience led to the recent tragic death of the University of Miami pitching coach J.D. Arteaga. Arteaga's 16-year old son died instantly when his Jeep crashed into a power pole in Miami.

The newly licensed teen bumped into a curb, overcorrected and collided with the pole. At this point, it is unclear whether or not the driver was wearing a seat belt. However, his passenger was wearing one and is recovering after surgery for a head laceration.

Florida law has graduated driver licensing. The law allows those age 16 and over to obtain a driver's license, with the restriction that no driving is allowed between 11pm and 6am unless accompanied by a licensed driver age 21+ or as required to commute to and from work.

Driving in our state with a Learner's license requires that the learner must always be accompanied by a licensed driver age 21 or over, and must perform 50 hours of supervised driving, 10 of which must be at night.