Passionate Pursuit of Justice. Your Loss Becomes Our Cause. Contact Us Now For a Free Consultation
Home
Firm News & Events
Blog
Pedestrian Killed by Brightline Train 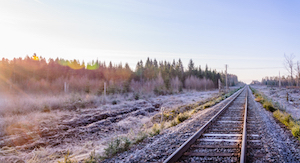 A recent VIP preview of Brightline railway, a diesel-electric high-speed rail speed under construction in our state, turned tragic when a pedestrian was killed in Boynton Beach.

Witnesses state that the Florida woman tried to cross the tracks by ducking under the guardrails as the train approached. She was struck and killed when she didn't get across the tracks in time.

The train was hosting business leaders taking a preview ride from Fort Lauderdale to West Palm Beach on the day before public service began. Under development by All Aboard Florida, Brightline plans on expanding to other cities once the initial phase is complete.

None of the passengers involved in the accident were injured and they were transferred to buses to return to Fort Lauderdale.

Termed "rail trespasses" by the Federal Railroad Administration (FRA), there were 63 Florida casualties of rail vs. pedestrian accidents in 2016, resulting in 37 deaths. Florida is third in the nation for rail trespass casualties, with California and Texas as first and second respectively. (FRA statistics from Operation Lifesaver)

Train stations and rail crossways are potentially dangerous areas. The woman who died in the Boynton Beach accident allegedly ignored the lowered guardrails intended to warn pedestrians and vehicles from crossing the tracks.

Flashing red lights and or lowered gates must be obeyed as they indicate that a train is approaching from either direction. Never try to beat the train by walking around or behind lowered gates at a crossing. Wait until the lights have stopped flashing and it is safe to cross.

We Can Help if You Have Been in a Train Accident

If you or a family member has been injured in a car accident or slip and fall or any other type of personal injury, please contact the Law Offices of Diana Santa Maria, P.A. immediately. Our experienced attorneys will fight for the compensation you deserve. Please call us for a free consultation. Attorney Diana Santa Maria, personal injury attorney in Fort Lauderdale, will fight to secure justice for you and your family. You can reach us at (954) 434-1077 or contact us via the website.