Passionate Pursuit of Justice. Your Loss Becomes Our Cause. Contact Us Now For a Free Consultation
Home
Attorneys
Harvey J. Sepler 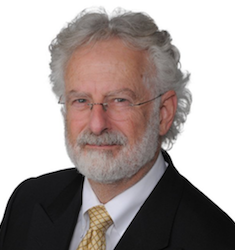 Harvey J. Sepler, J.D., Ph.D., serves as Of Counsel to the Law Office of Diana Santa Maria. Throughout his 35+ years of practice, he has litigated over 1400 civil and criminal appeals in all five Florida district courts of appeal and has obtained unanimous decisions in the United States Supreme Court and the Florida Supreme Court.

As a Fellow in the American Academy of Appellate Lawyers, he joins a select group that includes Justices of the United States Supreme Court, federal and state appellate court judges and justices, and many of the country’s top appellate advocates. He received an Outstanding Appellate Attorney Award from The Florida Bar and repeated recognition by Florida Super Lawyers and Florida Legal Elite (including in 2021).

Harvey has served as an Adjunct Professor of Law at the University of Miami for more than twenty-three years, teaching most of the school’s appellate offerings, and has taught at the Shepard Broad Law Center at Nova Southeastern University and St. Thomas University Law School. He has authored numerous articles and book chapters in leading publications and his cases have been profiled in the New York Times, Wall Street Journal, U.S.A. Today, and the National LawJournal. Lately,he has written articles appearing in the Daily Business Review.