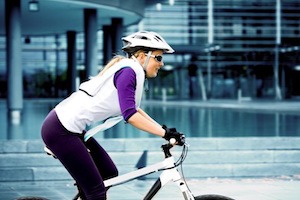 2017 began disastrously for a 19-year old bicyclist in Ft. Lauderdale. On the evening of New Year's Day as he was biking on Powerline Road, his bike was struck on the back by a car that allegedly kept on going. The bicyclist sustained severe head trauma and later died.

Witnesses helped police find the suspect vehicle and the driver. The driver is being held with a charge of leaving the scene of an accident involving death.

Florida Has the Highest Rate of Fatalities in Bicycle Accidents

Florida has a plan developed in 2013 for the Department of Transportation for addressing this serious problem using what they call the 3 E's:

Never Leave the Scene of an Accident

More than 180 people were killed in hit and run accidents in Florida in 2015. The law requires that a driver must stop at the scene of an accident on public or private property where there has been an injury or death.

Leaving the scene of an accident is a felony and a serious offense. If convicted, the driver loses his license for at least 3 years and may be imprisoned for a mandatory minimum of 4 years.

If you or a family member has been injured in a bicycle accident or car accident or by any type of personal injury, please contact the Law Offices of Diana Santa Maria, P.A. immediately. Our experienced attorneys will fight for the compensation you deserve. Please call us for a free consultation. Attorney Diana Santa Maria, personal injury attorney in Fort Lauderdale, will fight to secure justice for you and your family. You can reach us at (954) 434-1077 or contact us via the website.