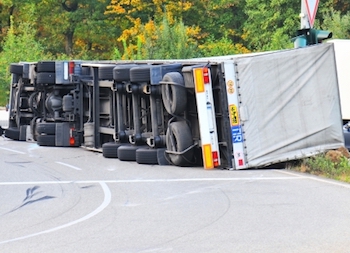 Safety experts are concerned that this decision puts millions of lives at risk. Sleep apnea, a fatigue inducing disorder, has been blamed for recent deadly rail crashes in New York City and New Jersey as well as several truck crashes.

The agencies argue that it should be the job of railroads and trucking companies to test their employees if they so decide. In New York City suburbs, the commuter railroad Metro-North does test its engineers for sleep apnea and finds that 11.6% of its engineers have this disorder.

In the absence of this regulation, regulators are unable to cite railroads or trucking companies if a train or truck crashes because the operator fell asleep at the controls.

Sleep apnea is a sleep disorder characterized by a person's breathing being interrupted while they sleep. Those with untreated sleep apnea repeatedly stop breathing during their nighttime sleep - sometimes even hundreds of times. This prevents the brain and the rest of the body from getting needed oxygen.

The National Transportation Safety Board stated that it was disappointed that the agencies cancelled the "much-needed rulemaking."

Metro-North and another New York railroad established mandatory sleep apnea testing after the condition was blamed for a 2013 accident in which the engineer, who allegedly suffered from severe undiagnosed sleep apnea, fell asleep at the controls. The accident killed 4 and injured 61 passengers. A second accident in 2016 in New Jersey killed a woman when a train slammed into a station. This driver also allegedly suffered from untreated sleep apnea.

If you or a family member has been injured in a truck accident or has been injured by any other type of personal injury, please contact the Law Offices of Diana Santa Maria, P.A. immediately. Our experienced attorneys will fight for the compensation you deserve. Please call us for a free consultation. Attorney Diana Santa Maria, personal injury attorney in Fort Lauderdale, will fight to secure justice for you and your family. You can reach us at (954) 434-1077 or contact us via the website.