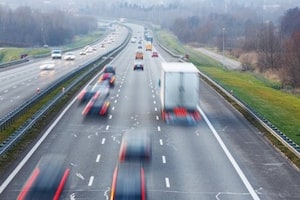 The bus driver was killed and dozens of students injured - some critically - when their tour bus left the roadway, crossed the median and slammed down a steep embankment. The bus contained band students and their chaperones from Channelview, Texas who were returning home after a Disney World visit.

The recent bus accident occurred early in the morning in Alabama on Interstate 10 near the Florida border. Alabama law enforcement stated that, because of the absence of skid marks, it didn't appear that the driver had applied the brakes. National Transportation Safety Board investigators confirmed that the bus was new and only on its second trip. The investigators also found that the bus was less than an hour away from reaching a relief driver and that it did not appear that the driver had exceeded the total hours that he was allowed to drive.

Although a preliminary autopsy report on the 65-year old driver shows that he died of blunt force trauma, police believe that full autopsy results may determine if the driver suffered a medical issue before the bus went out of control.

Although tour bus accidents happen less frequently than public transport crashes - but more often than those involving school buses - these accidents often cause fatalities. One reason for this is that most tour bus crashes occur at highway speeds. High-speed accidents make it more likely that a driver or passenger will be seriously injured or even killed.

Each state is responsible for enforcing federal safety laws for those buses that travel across state lines, but their approaches can be very different. Some require annual inspections while others do not. Some conduct extensive roadside inspections, but not all.

Federal law allows roadside inspections for those buses with passengers only if police have already stopped the vehicle for a violation like a broken tail light or speeding. Random inspections are permitted only at the bus's route destination or origin.

But bus mechanics and maintenance are not the only risks of tour motor coaches. An AAA report found that sleep-deprived drivers have the same risk as driving drunk. A driver who has had only 4-5 hours of sleep is comparable to having a blood alcohol content at or above the legal limit.

If you or a family member has experienced a TBI or has been harmed in a truck accident, bus accident, car accident, slip and fall or any other type of personal injury, please contact the Law Offices of Diana Santa Maria, P.A. immediately. Our experienced attorneys will fight for the compensation you deserve. Please call us for a free consultation. Attorney Diana Santa Maria, personal injury attorney in Fort Lauderdale, will fight to secure justice for you and your family. You can reach us at (954) 434-1077 or contact us via the website.