The award was presented by Sheldon J. Schlesinger, who attended the dinner with his wife, Bobbi. Ms. Santa Maria began her legal practice with Sheldon Schlesinger, who she credits for her start in Plaintiff’s Personal Injury and Medical Malpractice Trial law in 1985, and for instilling in her a passion for the profession.

Ms. Santa Maria, who currently serves on the Florida Bar’s Board of Governors for the 17th Circuit, has been practicing in the field of Plaintiff’s Personal Injury, Wrongful Death and Medical Malpractice since 1985 and opened her own practice in 1991. She is listed in Best Lawyers in America, Super Lawyers of Florida and is an AV rated Martindale Hubble Pre-Eminent Attorney.

ABOTA is a national association of experienced trial lawyers and judges dedicated to the preservation and promotion of the civil jury trial right provided by the 7th Amendment to the U.S. Constitution 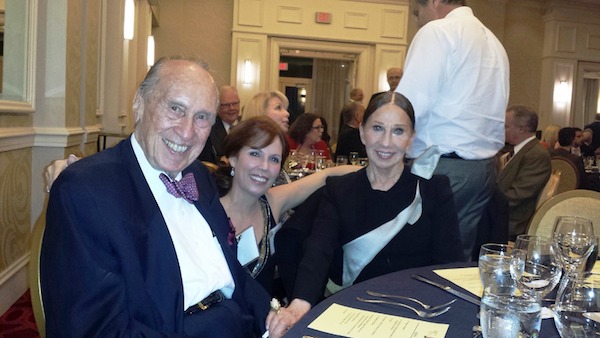 Judge Carlos Rodriguez (2013 Judge of the Year) with Diana Santa Maria, (2013 Trial Lawyer of the Year).
Contact Us
Practice Areas
Client Reviews
★★★★★
I'm so grateful to your staff for assisting me with obtaining medical care from my injuries. Words cannot express my appreciation for aiding me with my case. The staff is very efficient, people oriented and caring. Continue to not only provide legal assistance, but the love that makes and impact on the lives of your clients. B.B. (Premises Liability)
★★★★★
Our experience with the Law Offices of Diana Santa Maria, P.A. was excellent. Her staff is kind and professional. Attorney Diana Santa Maria is an outstanding human being and a true professional. I would recommend them 100%. R.P. (Premises Liability)
★★★★★
I am extremely satisfied with the legal services provided by this law firm. I feel grateful to the staff and to Diana Santa Maria in particular. I would definitely recommend Diana Santa Maria for legal representation in any accident matter. E.M. (Auto Accident)
★★★★★
Overall great experience, totally professional and would not hesitate to recommend! Helpful on every level of this case-from day #1 and throughout! I would not hesitate to recommend Diana to anyone in need of superb legal services! They were extremely helpful and kind during a stressful time. The office is beautiful, the paralegal team and staff are totally knowledgeable and professional. A.T. (Auto Accident)
★★★★★
My personal experience with the office of Diana Santa Maria has been one of mutual respect and excellent personal service... their integrity, personal care and efficiency handling my case. The availability of Ms. Santa Maria when required or requested and the attention to my case always included a personal touch. C.R. (Auto Accident)
View More
Submit a Law Firm Client Review