Passionate Pursuit of Justice. Your Loss Becomes Our Cause. Contact Us Now For a Free Consultation
Home
Attorneys
Brian M. Andino 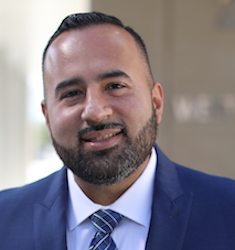 Brian M. Andino is an Associate with the Law Offices of Diana Santa Maria, P.A. He is dedicated to helping those who have been injured through the negligence of others or defective products. Brian is originally from Brooklyn, New York, but moved to Florida at an early age. He is the son of two (2) Ecuadorian immigrants. Brian learned the value of hard work, compassion for others, and humility by watching his parents struggle to provide a living for himself and his older brother.

Brian earned his Bachelor of Science degree and Bachelor of Arts degree from Florida International University and his Doctor of Law degree from the University of Miami School of Law. He had the honor of being a member of the University of Miami School of Law Trial Team and received graduation recognition for pro bono work from their HOPE Public Interest Service Center. During law school, Brian worked as a judicial clerk for the Honorable Jacqueline Hogan- Scola, Dade County Circuit Court; he also worked as a Certified Legal Intern at the State Attorney’s Offices in both Miami-Dade and Broward counties. 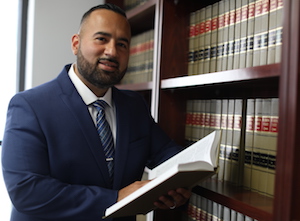 Prior to coming to work at the Law Offices of Diana Santa Maria, P.A. Brian began his legal career as an Assistant State Attorney in Fort Lauderdale, Florida where he worked for five (5) years at the Broward State Attorney’s Office. During his tenure there, Brian prosecuted a variety of criminal charges. He secured thousands of convictions through plea negotiations and jury trials; these included violent crimes punishable by life and capital offenses. Additionally, he argued numerous motions and tried countless jury and non-jury cases to verdict on behalf of the State of Florida. These trials ranged from misdemeanor DUI cases to second-degree murder. Brian’s skills as a litigator and trial lawyer enabled him to be chosen as a prosecutor in the coveted Sexual Battery Unit. Through this unit, he continued to be an advocate for victims of sexual abuse and child molestation.

After leaving the State Attorney’s Office, Brian wanted to continue to advocate for victims who have been wronged or injured due to another party’s negligence or wrongdoing. This passion naturally led him to the Law Offices of Diana Santa Maria, P.A. Brian always strives to utilize his varied skills and talents acquired as a prosecutor to provide excellent representation to his clients in the civil sector of personal injury law.

In his spare time, Brian enjoys exercising through running and weightlifting. He also relishes spending time with family and close friends by cheering on the University of Florida Gators and the New York Football Giants. Brian is bilingual and is fluent in both English and Spanish.

The Florida Bar
Member Since: 2015